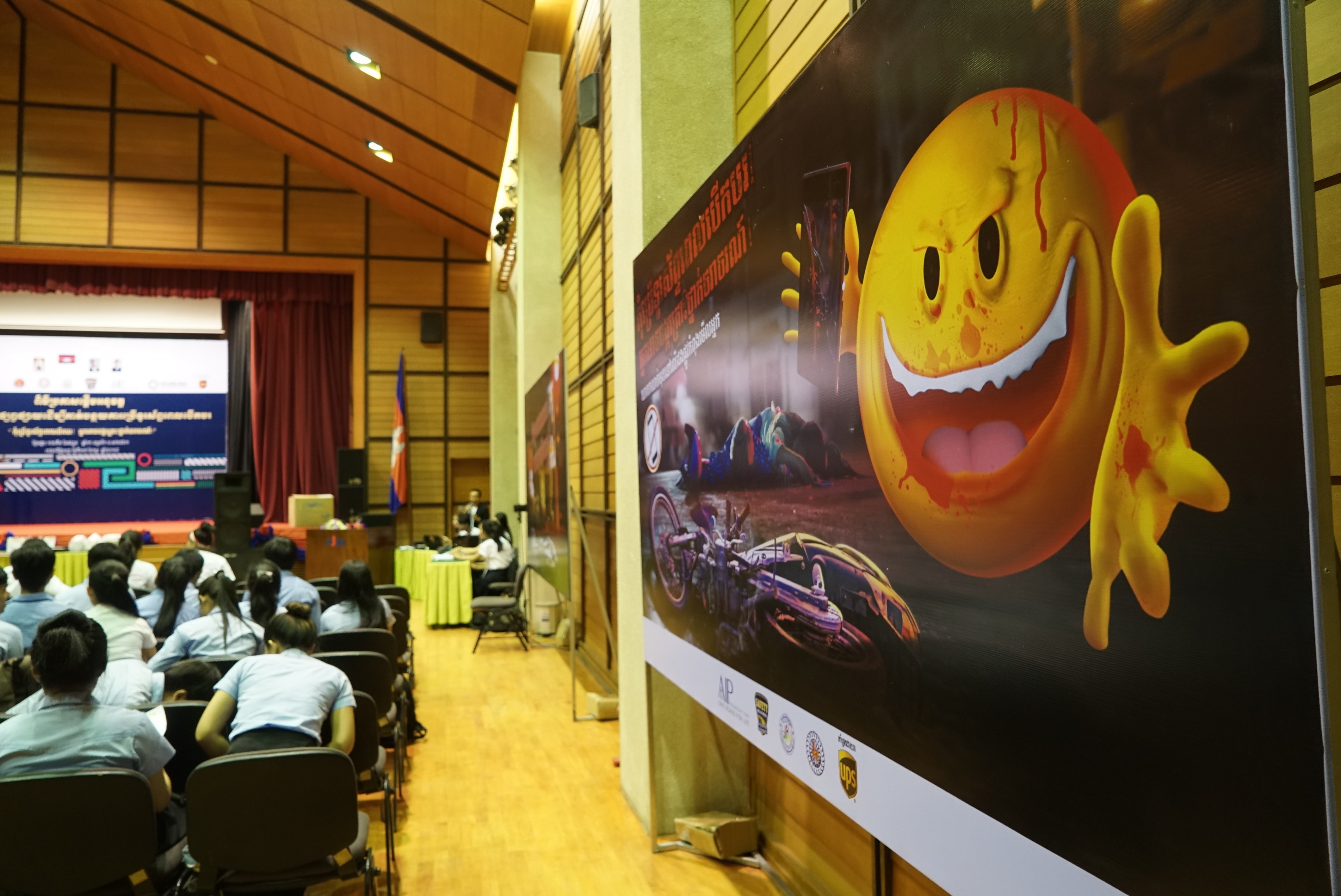 A new safety campaign will integrate media- and community-based approaches to address distracted driving among 15 to 29 year olds.

The campaign’s slogan is “Leave your phone alone or you could be next!” and features a sinister, evil emoji character as its key visual. It will be broadcast through a public service announcement on national television channels and disseminated through digital channels via an online media campaign. AIP Foundation is leading the initiative as part of The UPS Foundation-supported Safety Delivered program, and working in close consultation with the Cambodian National Police, the National Road Safety Committee, and representatives from relevant ministries and target universities.

“The UPS Foundation is committed to fostering a culture of road safety in all of the communities where our employee live and  work,” said Eduardo Martinez, President, The UPS Foundation and UPS Chief Diversity & Inclusion Officer.  “We see this media campaign as an opportunity to reach youth, who represent the most vulnerable road users, with messaging to which they can relate. The more we strategically communicate the more behavior change we can accomplish.”

The campaign’s television commercial (TVC) takes the familiar icon of a cute and innocent emoji and turns it into a lethal killer on the road, by featuring a malicious emoji that preys on distracted motorcyclists. Through this innovative reimagining of common road situations into horror movie scenes, the campaign addresses the consequences of unsafe behaviors such as calling, text messaging, and using the Internet. These behaviors cause a driver to become distracted, slow his or her reaction time, and affect his or her ability to make safe driving decisions.

“I am satisfied that this new campaign will persuade motorcycle drivers to think about the consequences of mobile phone use while driving,” said General Long Thou, representative from General Commissariat of National Police.

“On behalf of the National Road Safety Committee I fully support and will always encourage all campaigns related to road safety improvements that help to reduce tragedies and the consequences caused by road crashes and, that maintains good road and social order,” said H.E. Min Meanvy, Secretary of State of the Ministry of Public Works and Transportation and General Secretary of the Committee.

“According to the World Health Organization, a driver talking on a mobile phone is four times more likely to be involved in a road crash than one who is not,” said Pagna Kim, Cambodia Country Director for AIP Foundation. “Communications campaigns play a critical role in raising awareness of the dangers of distracted driving, and that it only takes a second for tragedy to strike.”

As part of the community-based campaign component, AIP Foundation is coordinating with local youth volunteers to reach even more novice motorcycle drivers, a key target demographic of the campaign. The youth road safety ambassadors are carrying out activities within their university communities to spread awareness about the dangers of distracted driving.